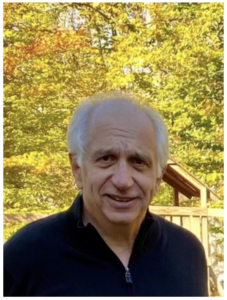 We are saddened to report the passing of Lion James Sena, on Saturday, March 5, 2022.  Jim was born and raised in Williamsburg, Brooklyn, and then resided in New Providence before settling in Warren 26 years ago.

Jim was a dedicated family man to his wife and daughters.  Together they enjoyed travel, sports, the outdoors, and basic time together. He loved dining out while enjoying a good bottle of wine, golfing, and his weekly fitness program.  He was an amateur photographer and an avid football fan and never missed a Green Bay Packers game.

After 25 years in investment banking, Jim spent the last 15 years of his career as a Personal Financial Planner with Allied Wealth Partners helping individuals, families, and small business owners.

Jim also gave his time to the community as a past member of the Warren Board of Education.  He coached a WBSI rec softball team after learning the league couldn't find enough coaches, even though his daughters were older and no longer playing recreation softball.

Jim embodied the Lion motto "we serve" by volunteering his time as a member of the Lions Club.  He most recently participated in the Lions Bridges food delivery runs and Thanksgiving baskets packing event.  He was leading the launch of the Warren Lions very first Kentucky Derby social, describing the race as “the most exciting two minutes in sports.”

We are very proud that Jim was a member of our Warren Lions Club.  May he rest in eternal peace.

Alan Kaufman
We are saddened to report the passing of Lion Alan Kaufman on March 9, 2021.  Lion Alan was inducted into the Warren Lions Club on Mar 1, 2003, but he was a Lion in spirit for all his life as he always lived by our motto of "We Serve".  Even before he joined the Lions Club, we would always count on Lion Alan & and his wife, Bonnie, to manage the water guns at the EXPO.
He came up through the ranks of our Club very quickly and right in the third year with us, he chaired the EXPO committee and then served as the President in the year 2006-2007.
Lion Alan served on various club committees and his family has been very generous and giving.  In addition to his volunteering at the club, he was also active in the Warren Township Honorary Police Benevolent Association (WHPBA) and always ready to play guitar with his band "Big Roy" at community events, along with Bonnie as their lead singer.
Lion Alan was bestowed with the highest honor by the Lions Club International, the Melvin Jones Fellowship award, in Sep 2020: a well-deserved recognition of his invaluable contributions to the Club.
In June of 1917, our founder Melvin Jones asked "What if these men, who are successful because of their drive, intelligence and ambition, were to put their talents to work improving their communities?” The Fellowship Award is to recognize those individuals who embody the humanitarian ideas, consistent with the nature and purpose of Lionism. The recipient of the award becomes a role model because of the exemplary service to a Lions club and the community in which we serve.
We are very proud that Alan was a member of our Warren Lions Club. 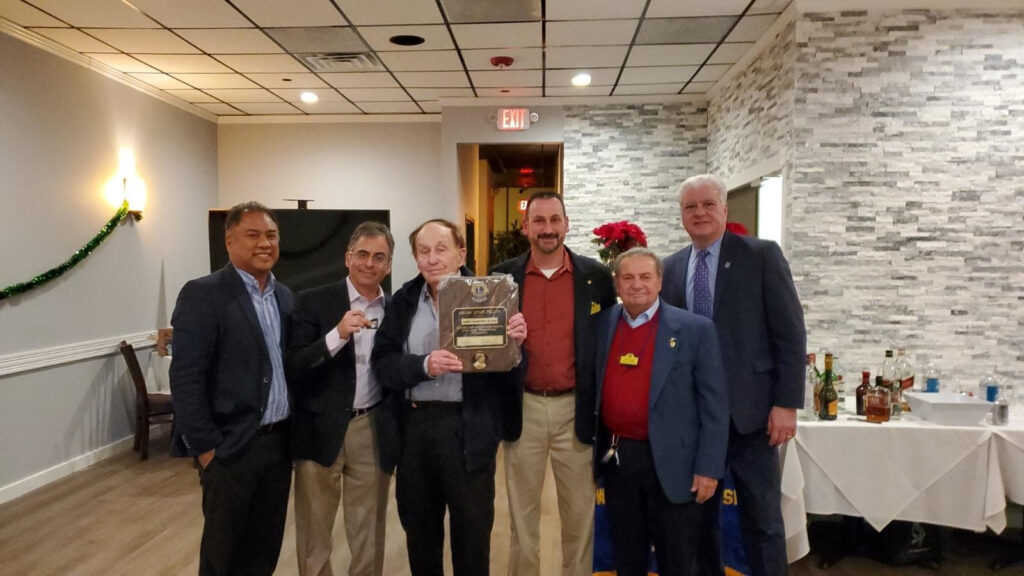 Sandy Blum
We are saddened by Lion Bloom's passing. Lion Sandy Bloom, our oldest member, was in his 54th year as a Lion, having been the past President of the Union Lion Club. When he moved locally, he joined the Warren Lions Club as a valued member.  Two years before his passing, our Club honored Lion Sandy with the Melvin Jones Award, Lions International's highest honor. He was active in many charitable service organizations and in 2011 was awarded the Springfield B’nai B’rith’s annual International Citizenship and Civic Affairs Award.
Lion Sandy was a true example of the Lion Motto "We Serve". He served others and his Country in many ways over the years, including four years with the Coast Guard during the Korean War.
We are honored he served with us and still feel the loss of his passing. 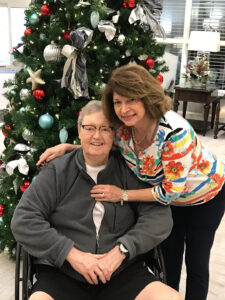 Ralph Eckberg
It is with profound sadness that we learned of  the passing of Lion Ralph Ekberg.  Lion Ralph was a life member of the Warren Township Lions Club and a Melvin Jones Fellow.  He was a Lion’s legend and he was largely responsible for the growth of Club membership.  There are dozens of wonderful Ralph stories.  Lion Ralph was also a fixture in the life and community of Warren Township, organizing the Township's Memorial Day parade for many years, the Warren bicentennial event,  and initiating the Pride in Warren Day festival which provided a boost to our community.
He also was a member of the Warren HPBA and American Legion.   A true volunteer and such a fun guy to be around. He always had a joke or two and a better delivery than many comedians. A very caring and compassionate man who put others before himself.  When Ralph and his wife Shirley moved to Myrtle Beach it was a sad day for Warren and the many of us that loved Ralph.
Ralph held every position in the Club, was a dedicated Lion, and a great friend. 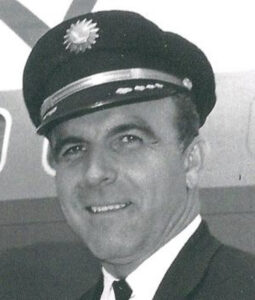 Born on April 8, 1919 to Ida Sue and Alex McLawhorn, he was the younger brother of four sisters, Nina, Madeline, Louvenia and Mabel.

Mr. McLawhorn was an Eastern Airlines pilot for 35 years.  A member of the Veterans of Foreign Wars, he served during World War II as a lieutenant in the 8th U.S. Air Force, 351st Bomber Group.

He was an active member of Union Village United Methodist Church, the Watchung Hills Elks Lodge, the American Legion, the Boy Scout Council, and President of the Lions Club of Warren Township, which honored him with a Lifetime Membership.

Mr. McLawhorn and his wife of 68 years, Helen, were blessed with three children, Linda Rae, the late Ronald Gene, and Vikki Lynn. He is also survived by his six granddaughters, Jennifer, Jessica, Sarah, Sheila Reagan, Vikki and Wendy. 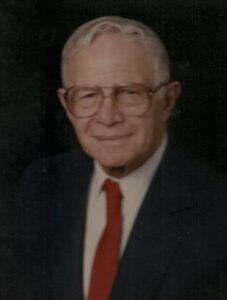 Born at the family homestead on Mount Horeb Road, Frank Salvato was a lifelong resident of Warren Twp.  A first generation American, his parents both immigrated from Italy.

Mr. Salvato owned and operated the family dairy farm on Mountain Blvd. for over forty years.  In the early days, he delivered Salvato’s milk and cheese throughout the township and surrounding area.  In later years, he owned and operated the Rainbow Motel on Route 22 in Green Brook as well as buying and selling real estate.

Throughout his life, he was a farmer at heart.  Up until recently, he continued to raise beef cattle and chickens and sold fresh eggs to his neighbors and residents of Warren.

Mr. Salvato was believed to have the longest record of public service in the state of New Jersey.  He served over 60 years of public service in Warren Township as mayor for five terms, committeeman for the past eleven terms totaling 33 years, chairman of the Board of Adjustment for two years.

He served on various committees including the Board of Health, Planning Board, Recreation, Police, Roads, Finance, Environment and Senior Citizens.  In addition, he was a 50-year Charter member of the Warren Twp. Lions Club and served on the Watchung Hills Regional High School Board of Education for 27 years, president of the Board of Education for seven years and Vice President for seven years.

He was recognized and honored for his lifelong community service and was elected to the North Plainfield Hall of Fame in 2006, class of 1933 and the Watchung Hills Regional High School Hall of Fame in 2008.  He received the Warren Township Lions Club man of the year distinguished service award and president’s award. Frank was a founding member of the Warren Township Lions Club.

Further, the Warren Township Committee recognized him by designating 24 Mount Horeb Road as the "Frank W. Salvato Nature Preserve".  The community ball fields were named in his honor.  He received a proclamation from the State of NJ for community service in 2006 and he was Grand Marshall at the Warren Township 200 year anniversary parade.

Surviving are his second wife Aldona Salvato of Warren Township; his three children, Stuart Salvato of Tennessee, Hope Jean Dolan of Lebanon and Frank Salvato Jr. of  Virginia; six grandchildren and eight great-grandchildren residing in New Jersey, Tennessee and Virginia.  He is also survived by a longtime friend and associate Marjorie Schwetz.

Otto C. Barth, 84, of Coatesville, Pa., died Friday, Jan. 6, 2006, in Brandywine Hospital, Coatesville.  Born in Newark, Mr. Barth lived in Warren Township before moving to Coatesville.  He was a network engineer for New Jersey Bell Telephone, where he worked for 42 years before retiring.  Mr. Barth served with the Army Air Corps during World War II. 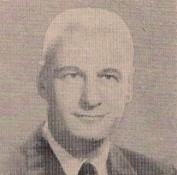 A former president of the Warren Township Lions Club (1956-57), he compiled a 44 years' perfect attendance record and was a Key Member. He was a zone chairman, cabinet secretary/treasurer and District Governor. He held the highest position achieved by Club members as an International Director from 1966 to 1968.  Lion Strub was a Marine veteran of World War II, participating in the battle of Iwo Jima as well as Saipan and Tinian. He had served on the board of directors of the Philadelphia Eye Bank. The treasurer of an electronics firm, he received his education at Rutgers University. He passed in 2001.